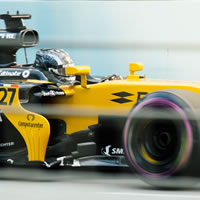 How do you raise the next Tiger Woods, the next Roger Federer, the next LeBron James, the next Harry Kane?
Anthony Hamilton, father and former manager of three-time Formula One world champion, Lewis should have some idea.

He worked as a contractor to support his son’s racing career and was also Lewis’s full-time manager until the year 2010. With an acute understanding of the emotions of watching your child compete at the highest level, he is still encouraging other parents to help their children become sporting heroes.

He says: “Everything is possible and I like to think we are an example of that because from where we came from who would have thought Lewis would be at the top of motorsport?”

Please join us as seek to change the course of life and history for some young people.

RSVP: by Friday 27 September 2019 to info@tobiadyemifoundation.org